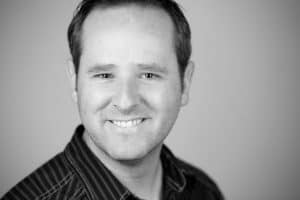 Timothy Smith is an 13-year battle-hardened digital marketing veteran who helps small and medium-sized companies get more sales with less effort. Tim is waging a war against befuddled looks and shoulder shrugs often seen by business owners and their teams. He champions the notion that well-executed digital marketing battle plans can convert mildly profitable companies into cash cows.

Tim's arsenal of expertise goes deep in Marketing and Business Automation. He has developed a 4-part method that positions businesses as the authority and go-to choice in their markets. Tim has collected a few honorary digital marketing medals throughout his tour of duty. He is Certified Partners with Infusionsoft and DigitalMarketer, and a StoryBrand consultant. He's won victories creating award-winning apps in real estate, finance, and health and wellness, and he's learned a thing or two about making businesses boom.

Decades ago, Tiny Tim started his entrepreneurial adventures by selling cherries to his neighbors via wagon. In college, he negotiated and closed his most successful deal by marrying his childhood sweetheart. He studied Economics and Entrepreneurship at BYU, where he won a prestigious student business plan competition, giving him funding to launch his first venture.

Utah is Tim’s current playground where he skis, runs, kayaks, golfs, rock climbs and attempts to keep up with his wife and five kids who do all that, too. Instead of Netflix-ing it, you'll find Tim musing and writing about existential questions, health and fitness, or relaxing to podcasts about the human brain, psychology or philosophy-- a combination of interests that makes for an interestingly-wired marketer.

Tim's favorite title is that of Coach. Whether it is on the soccer field or in the board room, his greatest joy comes in helping others improve their game. You can stalk Tim online with the handle @timpreneur.